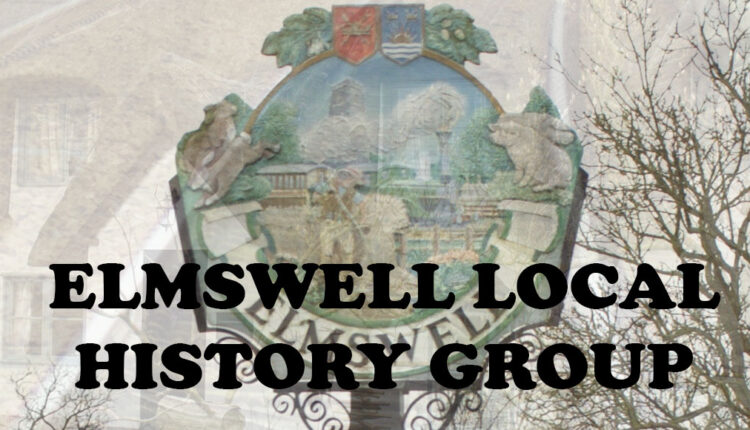 Ancient Treasures Dug Up in the Garden
A little while ago, some of us were fortunate enough to hear a talk about The Portable Antiquities Scheme by local historian and former Time Team presenter Helen Geake. This scheme was brought about by The British Museum after the Law of Treasure Trove was replaced by the Treasure Act 1996.

The trouble was that information tended to get lost on objects not judged to be ‘treasure’ and they were being unearthed in increasing numbers.

In 2019, just over 81,000 archaeological objects were found and logged by the scheme and in the first 2020 lockdown over 6,000 objects were reported, often having been dug up in gardens. Many are kept by the finders but historians very much value records of where they were found.

The photographs and information on the PAS website are fascinating. The Suffolk region is exceptionally rich in archaeology and the PAS typically records several thousand objects annually. This data is then fed into their Historic Environment Record (HER) where it helps to develop and enhance our knowledge of Suffolk’s past. Several important finds have been reported to the PAS in Suffolk since the scheme was established here in 1998.

Key prehistoric finds include the Dallinghoo (or Wickham Market) coin hoard, the largest deposit of British Iron Age gold coins recorded in the modern era, and a Bronze Age socketed axe mould from Sutton, which provided important information about how these complex axes were made. Roman finds include a votive hoard of copper alloy objects buried in a pottery vessel, found near Bury St Edmunds, a copper-alloy military harness pendant from Thelnetham and a knife handle with a lion terminal from Battisford.

Suffolk is perhaps best known for its Anglo-Saxon archaeology, thanks particularly to the discovery of the rich burial site at Sutton Hoo. Many unusual and sometimes spectacular Anglo-Saxon finds have been reported to the PAS in Suffolk, including a rather fine early Anglo-Saxon equalarmed brooch from Beyton, and an unusual pair of conjoining unfinished wrist clasps from Sutton.

Suffolk County Council’s Archaeology Service regularly works with local metal detectorists to carry out survey work as part of larger projects, as indeed it did with EHG’s own research into Elmswell’s ‘lost’ First World War aerodrome. Currently the Mildenhall Hoard Project is working in partnership with the British Museum to investigate the findspot of the famous Mildenhall Treasure, and the Rendlesham Project is examining the site of an important Anglo-Saxon royal centre.

If you are interested in finding out more about Suffolk’s diverse archaeology, visit the ‘get involved’ section of the site to find out more. The National Trust has also reported on an increased number of historic treasures unearthed in 2020 as many of us found that gardening was the new ‘keep fit gym’! A superb and large Roman mosaic was discovered in Chedworth (Gloucestershire), a £75,000 hoard of South African gold coins (banned by Margaret Thatcher during the apartheid era) was unearthed in Milton Keynes, a £14,000 trove of more than 60 gilt Tudor coins bearing the initials of Henry VIII’s wives “popped out of the ground” in Hampshire, where a family was weeding, and a bronze seal matrix of St Margaret was found in a Lincolnshire garden. This may have related to the church of St Margaret in the hamlet of Ketsby. Although the church itself disappeared before the middle of the 19th century, it was a place of pilgrimage where an image of St Margaret was still attracting notable offerings in 1529.

Also showing St Margaret, a 700-year-old almond-shaped seal matrix was found in 1992 at King’s Lynn in Norfolk. The habit and importance of making local pilgrimages in medieval times have been explained by Exeter University’s Professor of History, Nicholas Orme, in Medieval Pilgrimage, as well as by Eamon Duffy, an Irish historian and Cambridge University’s Professor of the History of Christianity.

So, here are more reasons why an active interest in both gardening and history are so good for you. However, please bear the current Covid guidelines in mind. For the current government advice on searching for archaeological finds (with a metal-detector, field-walking or mudlarking) in England during Covid-19, please see: https://tinyurl.com/ybpsyys2.

For further information about our group, please visit www.elmswell-history.org.uk or contact our secretary, Stella Chamberlin on 01359 242601.