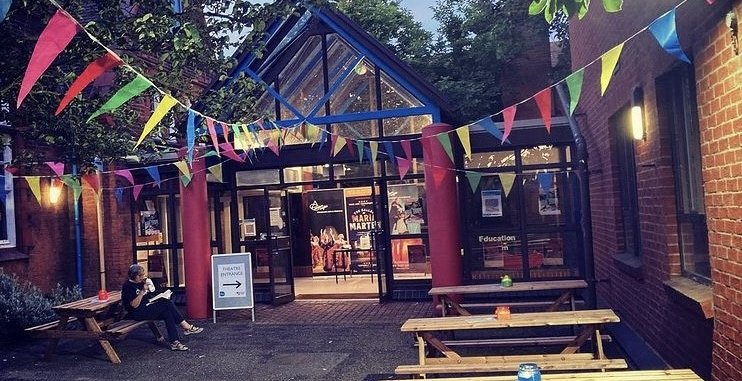 Built in the 1880s the Bramford Road School building has played host to many visitors in its time, and until recently was the home of the Suffolk Record Office. Since its move to The Hold, Eastern Angles has transformed the beautiful Victorian building into the Easter Angles Centre, an Arts & Heritage Hub in the heart of West Ipswich, accessible to the whole community.

No stranger to the area, Eastern Angles, who will be 40 next year, has for the past 30 years shared the former Victorian School building with Suffolk Archives. When the rest of the space became vacant it felt like a perfect fit to expand into the rest of the building, tripling its footprint and their offer.

As lockdown restrictions have been easing, it hasn’t taken long for groups and organisations to begin utilising the space. The Eastern Angles Centre is now the new home of Inside Out Community, an arts-based mental well-being charity, as well as the Ipswich Reggae Choir. Every Thursday we host South Street Moves, created by Ipswich Community Media, a dance project for young people – it’s been a delight to have their fun-filled dancing energy in the building each week. And Saturday mornings are a buzz with the South Street Kids.

An open plan office has been created in the former Search Room which is the Eastern Angles team’s new co-working space, alongside which there are meeting rooms and a rehearsal space available for hire. There’s also hot-desking and a brand-new kitchen (vital for those a Yernoon cups of tea!). Soon, thanks to funding from New Anglia LEP, there will
be a brilliant digital suite available for hire as well. Then kicking off later in the Autumn, a digital drop in for local residents and school children.

Jess Baker, General Manager, said “It’s been wonderful to give this space a new lease of life and safely host so many different members of the local community into the building as lockdown restrictions have eased. We’re looking forward to the Eastern Angles Centre getting even busier in the future!”

Visit www.easternangles.co.uk to find out more and stay tuned for future updates.

Businesses Encouraged To Innovate With Launch of New Scheme