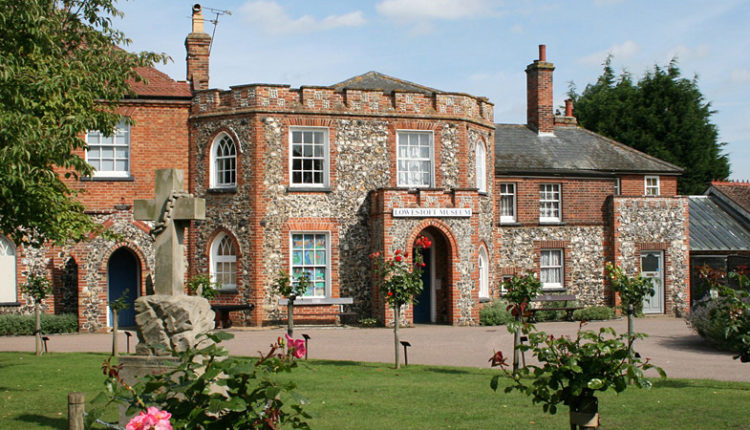 As part of Making Waves Together, Lowestoft Museum is throwing open its doors this Easter to share family-friendly sunny spring offerings.

On Sunday 5th April visitors can join Sally Francis, at the ever-popular Dinger’s Day and find out more about the traditional Suffolk saffron-flour buns called Dingers, which were discovered in an old handwritten cookbook. Sally grows Saffron in Norfolk and has been promoting this spicy traditional recipe as a Suffolk alternative to the hot cross bun. You might even be invited to taste test…

For more intrepid investigators, our Easter treasure hunts on Monday 6th and Tuesday 7th April offer a chance to explore our both museum and Nicholas Everitt Park. You never know what you might discover, and you could even win a prize.

‘Mind your Manners!’ Do you know how to behave at a polite Georgian tea party? Join us on Saturday 18 April to make your own Lowestoft porcelain inspired tea plate and follow the strict instructions of our costumed characters.

Lowestoft Porcelain was produced in the late 18th century and is renowned for its unique patterns and colours, many of which were inspired by popular oriental designs such as the well-known Willow Pattern.  Production in Lowestoft lasted for less than 50 years so the fine ceramics are as much sought after today as there were then. No elbows on the table please!

FREE admission to the museum and all these family friendly events! Come and find us in Nicholas Everitt Park, opening every day from Saturday 4th April 1-3pm.

Making Waves Together is a three-year partnership project led by Great Yarmouth Borough Council and East Suffolk Council, working with several partners across the two towns of Great Yarmouth and Lowestoft.