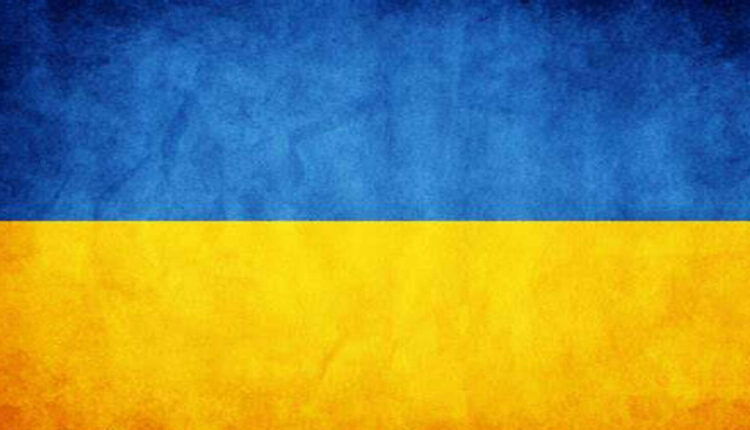 East Suffolk Council has united to condemn Russia’s invasion of Ukraine and pledged to support any Ukrainians seeking refuge in the district.

Speaking at a full council meeting on Wednesday 23 March, councillors from all parties showed their support for Ukraine, led by a statement from the Council Chairman, Cllr Keith Robinson.

“The mass casualties caused to the civilian population and the ever-increasing humanitarian crisis is at odds with any civilised behaviour and we can only admire the way the Ukrainian people are fighting this unwarranted aggression. We also recognise that the actions of Putin do not reflect the position of Russian individuals living in East Suffolk.

“We stand ready, along with other district councils and the County Council, the voluntary sector, the Suffolk Resilience Forum, Suffolk Refugee Support and our MPs, to provide support to any refugees in East Suffolk in any way the government requests that is within our power.”

Leader of East Suffolk Council, Cllr Steve Gallant said: “In East Suffolk, we are fortunate to live in a safe and secure part of a free and democratic nation. The images and stories being shared on media channels remind us how lucky we are to enjoy such freedoms.

“Many of us, like so many of our communities, are keen to offer what aid and support we can, to seek to minimise the level of harm and suffering. At East Suffolk Council, we have always prided ourselves in seeking to provide practical support, rather than just consolatory words. We must look at all opportunities to fully engage and support the Government’s ambitions in respect of refugee sponsorship and the logistics of delivering this are being worked through at speed. We also need to ensure that members of our local communities who identify as either Ukrainian or Russian are fully supported through this crisis.

“It is very likely that we in East Suffolk will see a number of refugees coming to our area. These will likely be individuals and families with complex needs and will continue to need support after their arrival. Many will have families and friends still in direct danger. We need to offer all the practical support we can.”

Cllr Byatt said: “This is a time for unity of all fair-minded people, to say to Putin, and those sycophants who support him, that his invasion of Ukraine is not only grossly unacceptable but that the lies that he continues to tell to try to justify his actions are unfounded and pathetic.

“There is no excuse whatsoever for the invasion and occupation of Ukraine, and we condemn those who contrive to justify Putin’s cowardly and unjustified attack on a sovereign country.

“As with the Covid pandemic, our group commits itself to supporting any actions taken by East Suffolk, other tiers of council, statutory bodies and the many voluntary organisations across East Suffolk, in support of refugees from Ukraine. We will also engage with any initiatives in our wards.”

Cllr Topping said: “It is difficult for us to express what we feel as it’s so inconsequential when compared to the enormity of what is happening to Ukrainian people.

“I met, by accident, this morning a lady in a shop in Beccles. Neither of us had intended to go into that shop, but we did and engaged in conversation. She has lived in Beccles since February and told me that when she drove into Beccles a couple of weeks ago and saw the Ukrainian flag flying from the bell tower she burst into tears, pulled over and took a photo of the flag on her mobile phone.  She then sent the photo to her Ukrainian father and her family in Ukraine to show the support being shown in our town.

“We would like to thank everybody in our communities who have done something to support Ukraine and wish to reiterate our solidarity with all Ukrainians now and in the difficult time ahead.”

Local authorities across Suffolk are working closely together to ensure they can deliver an effective, coordinated response to Government requirements to support Ukrainians seeking refuge in Suffolk. To assist this coordinated approach and to ensure those living and working in East Suffolk are kept informed of the government’s response to the Ukraine crisis, a new position has now been created within the council’s cabinet.

From 1 April, Cllr Judy Cloke will be the Assistant Cabinet Member for Refugee Support, which was announced at the Full Council meeting by Cllr Gallant.

He said: “Cllr Cloke has a proven track record in delivering for her local community and a wealth of experience working in a number of complex and challenging areas. I can think of no one better to carry out this role.”

The chairman also encouraged anyone wishing to donate money or supplies to use an accredited organisation, such as the Red Cross, the UN Refugee Agency or the Disasters Emergency Appeal Fund.

Suffolk County Council votes to condemn Putin’s invasion of Ukraine and pledges its support for refugees.

Enter Hospice Lucky Ticket raffle to be in with a chance of winning a Big Hoot!