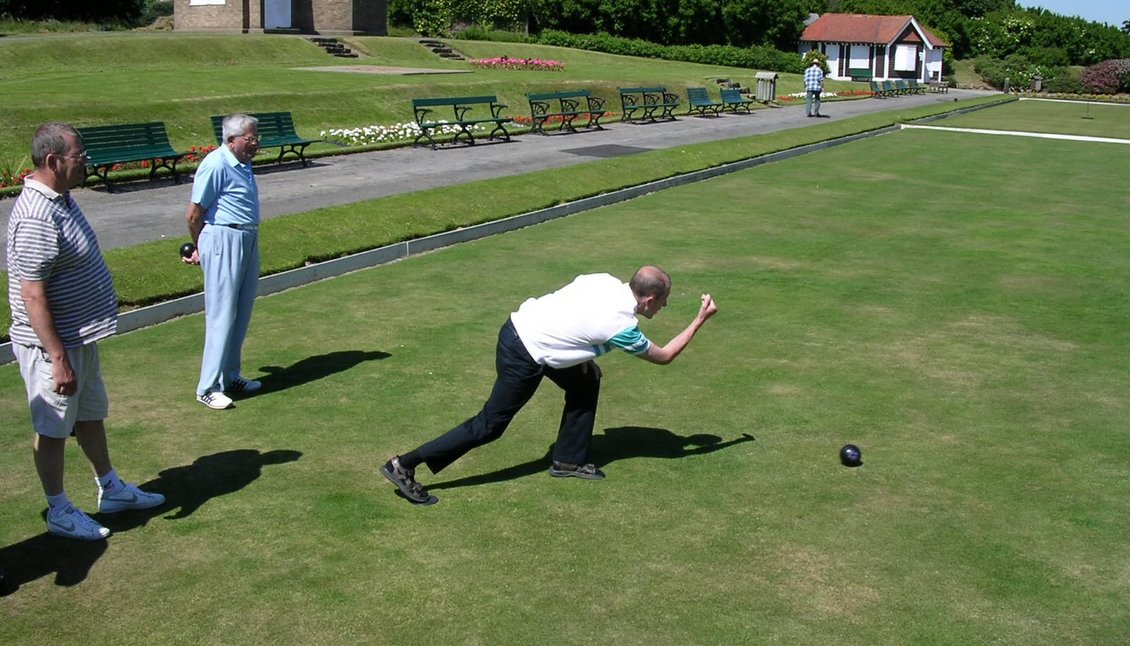 In July, the bowls club lost one of its most popular members, Jack Jarvis. Jack had been a member for nearly 20 years, had organised the popular bingo events, and always had a smile on his face. He will be truly missed. Thoughts go to Lillian and family.

As this is written, it’s mid-season for the outdoor bowlers and so far most of our league teams have not set their leagues alight, although the Swallows & Seagulls have topped their league for part of the season. With a few matches still to play a lot can still happen!

They are pleased that once again, this season, they are still attracting new members to the club. Roll-ups take place on Sunday mornings, starting at 10am and on Tuesday afternoons, from 2pm. They have spare bowls to use for new players; you just need flat soled shoes. Please turn up in good time to start as our roll-ups this year have been very well attended.

The July fun day and barbecue was another enjoyable afternoon, attended by members and friends. Mick and Val cooked a tasty barbecue and everyone enjoyed bowling through arches, pipes, landing bowls on targets and mats, plus knocking over the 10 green bottles. Winners of the fun bowling were Mick Lomax and Peter Dent.

Eleven teams contested the club treasure hunt, which this year was set in Bildeston village. After an afternoon of solving clues, identifying locations and finding the four club stickers around the picturesque village, the eventual winners were The Jays (John, Jean, Trevor and Nikki). Over to John and team to set the clues next year!

Bags of Help for Cedarwood