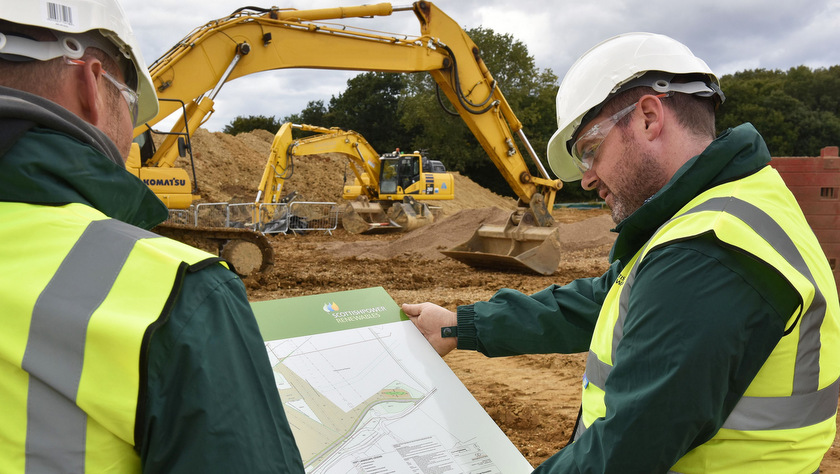 The East Anglia ONE offshore windfarm developer, ScottishPower Renewables, is inviting local communities to attend a series of public information days in Suffolk to find out more about its upcoming programme of work to install cabling under railways, roads and rivers to connect the windfarm to the national grid.

In the early stages of planning the East Anglia ONE project, ScottishPower Renewables took the decision to connect the offshore windfarm to the national grid at Bramford using underground cables, rather than constructing pylons. Along the 37km route between Bawdsey and Bramford there are approximately 20 locations where Horizontal Directional Drilling (HDD) is required for crossing under waterways and important infrastructure. HDD is an advanced drilling technique, which will help to minimise disruption and reduce environmental impacts.

Residents are invited to find out more about ScottishPower Renewables’ plans by attending public information days. One was help in January with two to follow in February. The first is on Tuesday 13th February from 4-7.30pm at Martlesham Heath Pavilion in Martlesham Heath.

The second is on Tuesday 20th February from 4-7.30pm at Claydon & Barham Village Hall in Claydon.

“East Anglia ONE is progressing well, with construction underway at the onshore substation in Bramford. To help connect the cables we have planned a Horizontal Directional Drilling programme of work.”

“This involves innovative engineering practices and ensures that we won’t impact on train timetables and minimises road works. The largest drilling operation will allow us to install 700 metres of cable underneath the Deben.”

Martlesham Heath and The Birches Surgeries