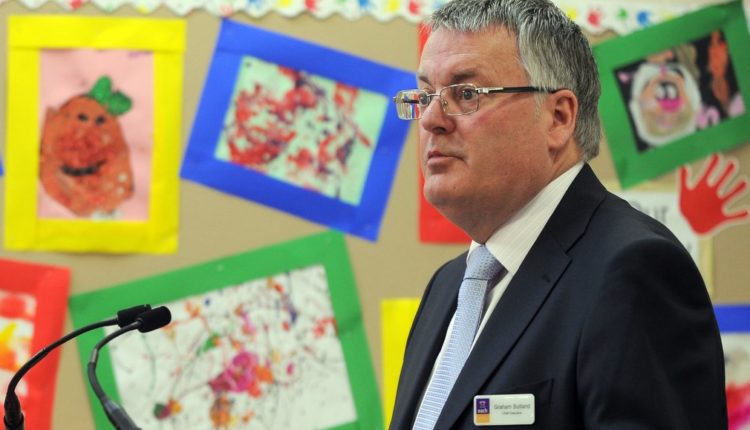 The long-serving and much respected Chief Executive of East Anglia’s Children’s Hospices (EACH), Graham Butland, has announced his plan to retire.

Graham joined EACH in 2003 and under his leadership the charity has become one of the leading children’s hospice organisations in the UK, with HRH The Duchess of Cambridge choosing it as one of her first royal patronages.

Among the most notable points of Graham’s time in charge is the £3 million fundraising appeal for and subsequent building of The Treehouse, EACH’s hospice in Ipswich. The work was completed in 2011 and meant a great increase in the provision of support on offer to children, young people and families in Suffolk and East Essex.

A similar appeal, to raise £10 million, has been running in Norfolk since 2014. That is now nearing completion and another new hospice, the nook, is expected to open in the coming months. The building will transform children’s palliative care for the county.

All the while, EACH has continued delivering vital care and support in Cambridgeshire and West Essex, with its Milton hospice celebrating its 30th anniversary next month.

Graham said: “To have had the opportunity to lead EACH through a period of massive change and development in providing care and support for children and young people with palliative care needs has been a huge privilege. I’ve been blessed to have the most dedicated workforce of any organisation in the region. In addition, the help and support EACH receives from its army of volunteers has been tremendous.

“Finally, none of this would have been possible without the people and businesses of East Anglia who have so generously contributed to the costs of providing our much-needed services.”

Graham will continue in his role until 31 October to see through the completion of the nook and allow trustees time to find his successor.

John Pickering, EACH Chair of Trustees, said: “During Graham’s tenure, he has transformed EACH from a relatively small organisation to the high-profile regional charity it is today. He has also masterminded the delivery of two vital new hospices.

“On behalf of EACH, I would like to thank Graham for his many years of dedicated service and wish him well in his retirement.”

Before joining EACH Graham held senior posts in HM Customs & Excise, The Department of Health and the NHS.

Graham is currently Leader of Braintree District Council and also a member of Essex County Council. He is a former Football League referee.