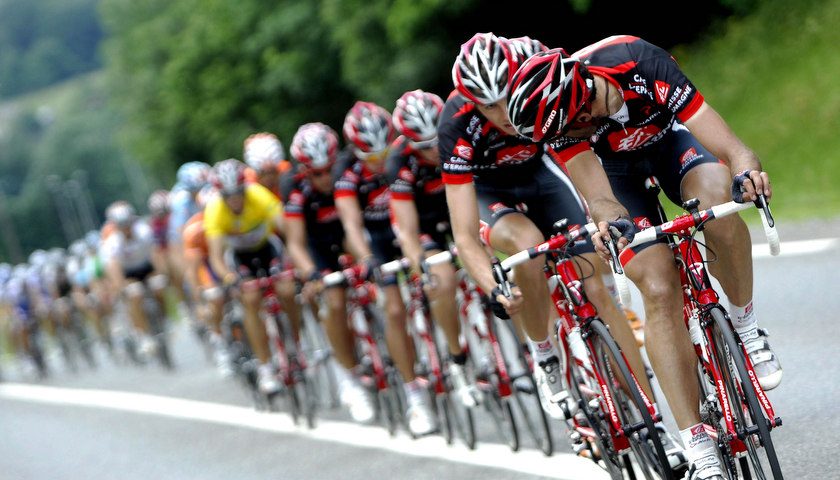 On Saturday 8th July, a group of five friends from Stowmarket & District Cycle Club, travelled to Cardiff in a borrowed motorhome to take part in Velathon Wales – a huge professional cycling event with up to 18,000 taking part.

In the early hours of Sunday morning, having prepared their bikes and left them leaning against their motorhome, the five were having breakfast when Mike Bell noticed someone ride off on what looked like his bike. He gave chase, but his flip flop shod feet were no match for a racing bike. All he could do was watch the thief ride away.

He was devastated, as were his team mates. After the theft was reported to the police and all the formalities taken care of, the group decided that if Mike couldn’t take part in the race, neither would they. It was a quiet drive back from Cardiff, a 500-mile round trip to not take part in a race.

Mike’s four friends were annoyed, not because of the wasted trip, but that one of their number should have had their bike stolen from under their noses. It could have been any of their bikes, his just happened to be on the outside.The least they could do was to have a whip around at the club and maybe raise enough to go towards a deposit on a new bike.

The modern way of having a whip around is to open a JustGiving page and that is precisely what Glenn Davey did, after talking to the club. They spread the word quietly on social media so that Mike wouldn’t be embarrassed. He contacted everyone who knew Mike and sat back and waited. He quickly started to get notifications on his phone, people had begun to donate.

What no one had expected was that they would raise enough money to buy a new bike. In less than 36 hours an amazing £1,800 was raised.  An emotional Mike was presented with a new Cannondale bike at Pedal Power in Martlesham just two weeks after the theft.