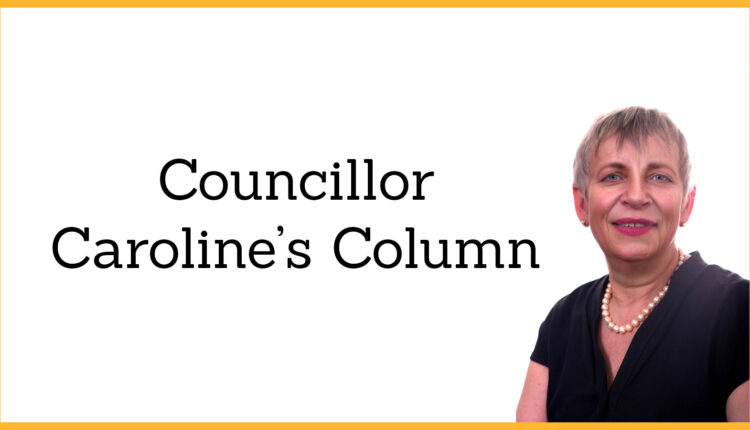 Well, the New Year certainly started without too much joy or merriment.

Despite the new lockdown, Covid-19 figures continue to rise (for local figures, go to coronavirus.data.gov.uk and type in your postcode), livelihoods are threatened, borders are tightening, there has been an attempted coup in America, the days are still short and it’s bitterly cold and wet.

On the flip side, the days are lengthening, the snowdrops are out and the fields are full of curlews. At the time of writing, we are allowed out for one period of exercise a day and I’m making the most of it. Nothing is ever wholly bad.

The pandemic, that almost-coup in American, Brexit and almost every aspect of our lives, even travel and shopping, is sloganised and most slogans are opposed by another. By and large, slogans are bad because they take something important and reduce it to three or four words. By doing so,
they put people into opposing corners. The only recourse is to shout at each other rather than trying to understand, all too often forgetting that we have far more in common with each other than things that divide us.

Interesting fact: ‘slogan’ comes from the Gaelic for ‘battle-cry’. That explains a lot. Don’t get me wrong – we can’t take common sense out of this. I believe in the ‘Don’t Murder!’ slogan and can’t see the point in creating a counter ‘What’s so wrong with murdering people?’ slogan but consider how often slogans are a way of deflecting real conversation or concerns about an issue into side-taking and name-calling. The conflict between cars and bicycles on the road, between pedestrians and joggers on the pavement, even the idea that conflict and opposing points of view are always essential and valid.

Sometimes they are not. There really is a climate emergency. The freedom that anti-maskers demand threatens other people more than themselves. Particularly prevalent right now is the idea that youth and age are in opposition, each blaming the other for spreading of the virus. Chaucer tells us that youth and age are often in debate but what he means is ‘dispute’.

If we really want to find the truth of things, we need to investigate rather than repeat the prejudice of others. Ironically, a great piece of advice I remember my (professor, book writing, librarian) father giving me was, “don’t believe all you read in books”. Or papers. Or on the internet. If somebody tells you a ‘fact’, it’s worth checking. There are several fact check sites on the internet such as Full Fact or Snopes).

If I’m going to go with any slogan at all, I might go with Ben Goldacre: “I think you’ll find it’s a little bit more complicated than that.”