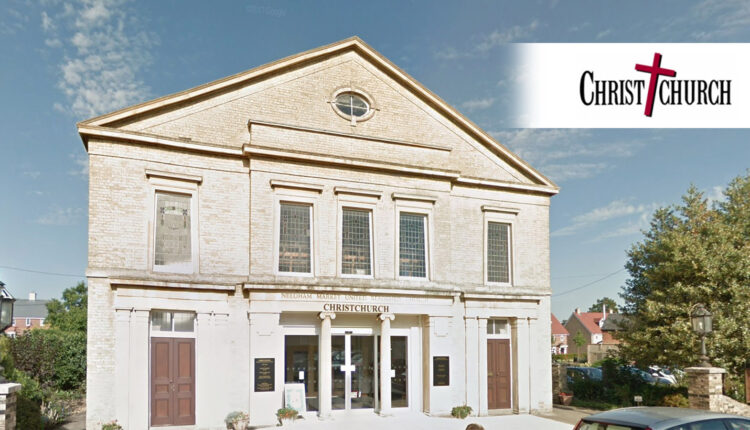 Sadly, Christchurch is closing its doors again to ensure that everybody stays safe. However, you are welcome to join our Sunday Worship on Zoom.

Contact our Minister, Rita Carr for the details: carr195789@gmail.com. This month we celebrate St Valentine’s Day. There are many different stories about saints named Valentine. One legend contends that Valentine was a priest who served during the third century in Rome. When Emperor Claudius ll decided that single men made better soldiers than those with wives and families, he outlawed marriage for young men. Realising the injustice of the decree, Valentine defied Claudius and continued to perform marriages for young lovers in secret. When Valentine’s actions were discovered, Claudius ordered that he be put to death.

Other stories suggest that Valentine may have been killed for attempting to help Christians escape from harsh Roman prisons where they were often beaten and tortured. According to one legend, an imprisoned Valentine actually sent the first ‘valentine’ greeting himself after he fell in love with a young girl – possibly his jailor’s daughter – who visited him during his confinement. Before his death, he wrote her a letter signed ‘From your Valentine’, an expression that is still used today.

These stories emphasise Valentine’s appeal as a sympathetic, heroic and romantic figure. There are different kinds of love. The dictionary defines ‘love’ as fondness, warm affection, paternal benevolence (especially of God). Christians believe we should love one another and love our neighbour.

Loving one another, when it is close family and friends, is easy but when it is someone we don’t particularly like, it is more difficult.

Then there is unconditional love, when you love someone completely, no
matter what they have ever said or done. That is how God loves us.
www.christchurchneedhammarket.co.uk