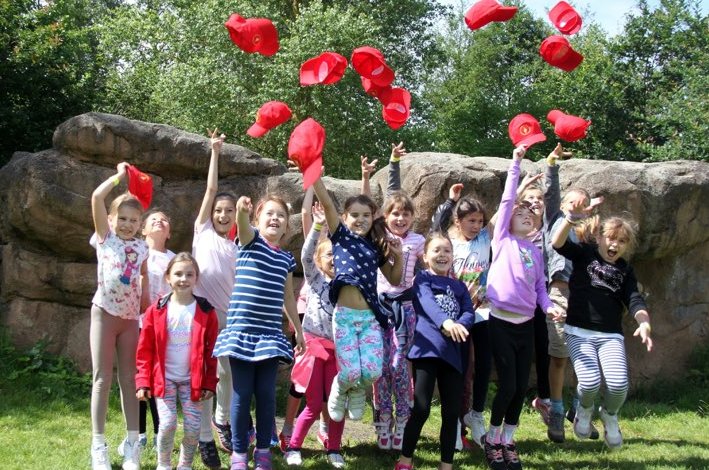 Sunday 2nd July saw the arrival of the group of children from Belarus who will be here for the month. The 18 children and two interpreters arrived at Gatwick Airport after a long and tiring journey, having left home very early in the morning. They were up at 5am on Sunday morning to leave for the airport at 6am.

On the way to the airport, one of the two mini buses broke down, meaning that everyone had to squeeze into one bus. When they got to the airport, they went to check in only to be told there was no room on the plane for them. The whole group were then put to one side while all other passengers were checked in.

Eventually they allowed them to check in, but then split the group in two, so it was a good job there were two adults with them. One part of the group was then seated at the front of the plane, while the rest were sent to the back. When they went to their allocated seats they found they were already taken as previously booked in people had been allocated the same seats.

It ended up with the children being seated in odd seats all over the plane, often a single child between two strangers. By the time they arrived they were really glad to be here but their first experience of ‘auto flushing’ loos and moving walkways gave rise to a lot of smiles and giggles. Five children will celebrate their birthdays while they are with the organisation.

They have enjoyed the support of Needham Market Football Club since the very first children arrived in Suffolk, but unfortunately, due to their forthcoming expansion program they will no longer be able to accommodate them and this meant that they are homeless. While this is not good news, CCLL would like to congratulate them on their success and thank them for everything they have done, as without them, they would not have been able to give more than 250 children this once in a lifetime experience.

They are no longer homeless! CCLL have been given a fantastic welcome from Stowmarket Football Club which will become their new home from August 1 this year. CCLL want to thank the club for being so welcoming and supportive. Now the program will be able to continue, they are really excited about the future to help children and to continue the work of the charity.

For more information on the great work CCLL does, visit: www.ccll.org.uk