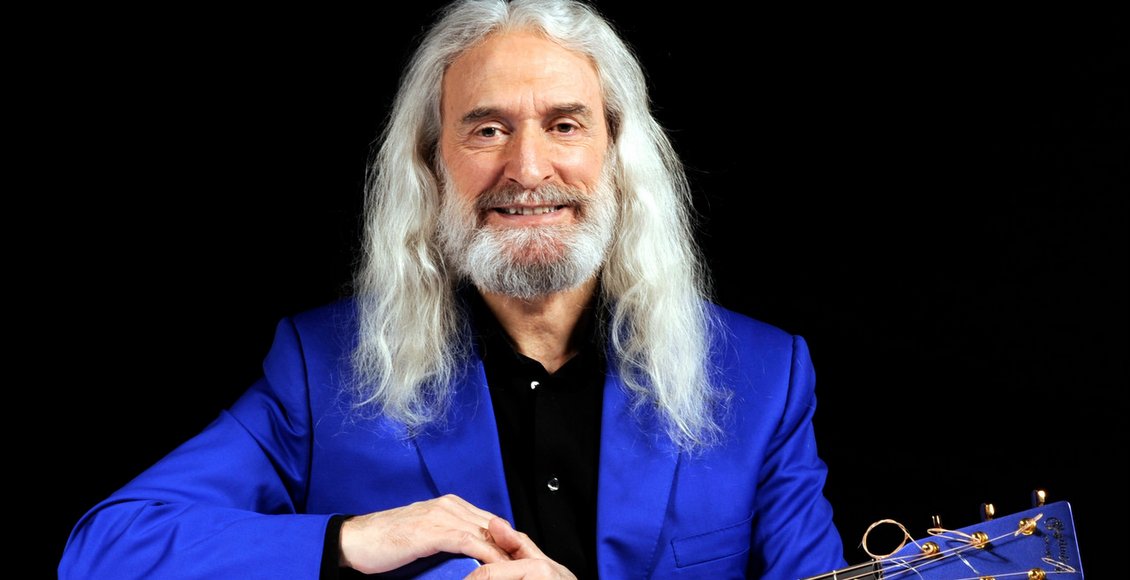 Country Music Association’s Hall of Fame Star CHARLIE LANDSBOROUGH makes a welcome return to Britain this April and May 2019 for a Nationwide Tour.   Hear all the hits – including: My Forever Friend, I Will Love You All My Life, What Colour Is the Wind, Special, Shine Your Light, Five Fingers and more.

Charlie has also released a New Album entitled “THE ATTIC COLLECTION”.   This 20 Song Album is Charlie’s 35th.   It is both CD and DVD released to his loyal fans collection. It features 15 totally different versions of the original releases from his early albums and 5 totally new songs, consisting of one cover version of Bob Dylan’s famous song – ‘Don’t Think Twice’ and 4 new self-penned songs by Charlie.

Charlie Landsborough is well known for keeping concert goers enthralled with his heartfelt and telling lyrics and his very human anecdotes.

Charlie Landsborough is a performer who is difficult to categorise, sometimes folk, sometimes country, sometimes rock ‘n’ roll, sometimes gospel. If you go into a music shop, you may find Charlie’s music in the Country or the Easy Listening section but this belies the nature of a man who is uncomfortable with labels but spans various musical forms.

Charlie was, for a long time, unsure of his own talents and, indeed, when he first took the initial tentative steps as a songwriter, it was more as a vehicle to showcase his vocal talents than to express his own personal insights; though, as anyone who listens to Charlie’s music would agree, he shows a depth of compassion and understanding which seems almost incongruous to his simplistic yet captivating style. His own personal song writing blends easy on the ear and is always inspirational; his strong and often personal lyric content mixed with his wit and repartee has led to a winning formula which has earned him admiration from fellow professionals and fans alike. Charlie is a prolific songwriter inspiring such names as Jack Jones, Pat Boone, Foster and Allen, George Hamilton IV, Daniel O’Donnell and others to cover his songs.

Charlie has received rave reviews for his shows, particularly at the prestigious Liverpool Summer Pops festival where the Liverpool Philharmonic Orchestra accompanied him and his band before a sell-out crowd of over 4,000, also his headline slot at Birmingham’s sold-out charity night at the Symphony Hall, not to mention playing to packed houses around the globe.

Charlie has won just about every award possible in the UK country scene and are too numerous to mention here individually suffice to point out that Charlie has won Best Songwriter, Best Song, Best Male Vocalist, Best Album and International Country Album of the year. He has also received a nomination as Best Global Country Artist in the Country Music Association Awards in Nashville. Many of his albums have topped the country charts as well as getting into the British pop charts. He is a true and immensely talented star having sold well over a million albums.

To add to his extensive achievements, many of his albums have topped the country charts as well as getting into the British pop charts. Charlie is a shining example to us all regarding persistence with a ‘never give in’ attitude and amazing belief, as he eventually achieved recognition after struggling for nearly three decades. He worked as a teacher, amongst other things as he continued to write and perform on a semi-pro basis but by 1994 began to feel that his ambitions might not materialise. He has proved that, despite the knocks life throws at us and the twists and turns of fortune, talent will always win through in the end. Don’t let the music media fool you – age is no barrier to success; dogged persistence and pure talent is far more important.

One song in particular was to transform his life. Charlie wrote What Colour is the Wind, which tells the story of a young blind child’s attempts to envision the world. As a result of Gerry Anderson playing the track on radio in Northern Ireland, the song came to the notice of TV chat show host Pat Kenny in Dublin, who invited Charlie to perform on Kenny Live show (RTE January 1995). The programme received its biggest ever response following Charlie’s appearance, and a week later Charlie’s album, also called What Colour is the Wind was suddenly at number one in the Irish charts, removing Garth Brooks from the top spot and fighting off fierce competition from Celine Dion and The Chieftains. This was a dream come true for Charlie and since then he has gone from strength to strength and is now one of the all-time biggest selling country artists in Irish music.

Since his initial success, Charlie has appeared on several TV shows. Granada TV’s one hour special documentary on Charlie – Road to Nashville, Granada TV’s Christmas Eve Service from Liverpool Cathedral, Terry Wogan, Gloria Hunniford, My Favourite Hymns, Making a difference TV show, London TV’s Talk of the Town, London Weekend TV, and in particular, his performance on GMTV and the now much missed Pebble Mill Live, which resulted in the switchboard being jammed with a record number of enquiries to the show – plus many more appearances on TV programmes.

Charlie’s talent and recognition have also led to many other notable events, one being invited to close Ireland’s Special Paraplegic Olympics with his own song Special. He was also George Hamilton IV’s guest for three nights on the Grand Ole Opry.

As well as being blessed with a wonderful voice, he has an abundance of talent for song writing. He has had many jobs throughout his life, finally finishing as a teacher, which has given him a great grounding to draw on life’s experiences to write his classic songs. Through these songs he can have you shedding tears of sadness, turning into tears of joy, to total elation with your feet tapping and wanting to dance.

For more information or to book visit www.charlielandsborough.com.

Make A Date For Last Tango in Whitby