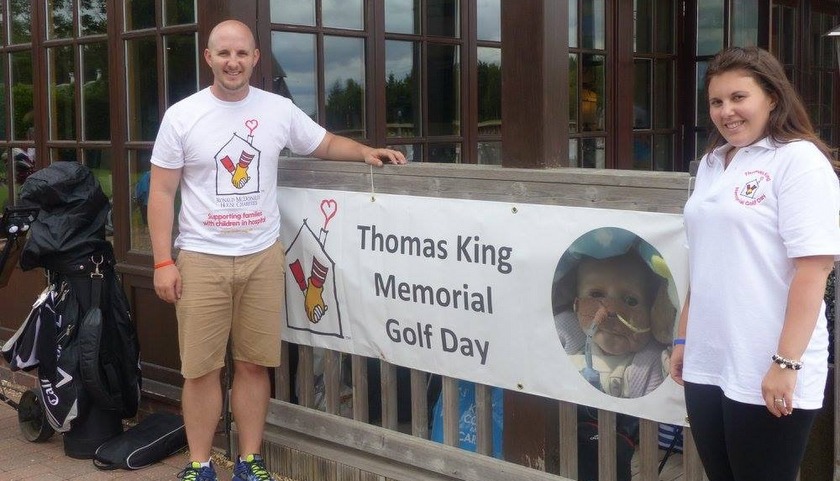 Jack and Larissa King, who live on the ‘Australia’ estate in Ipswich, were delighted when their first child, Thomas, was born on Jack’s birthday in November 2016. However, the Framlingham Children’s Ward at Ipswich Hospital, soon realised something was wrong, so premature Thomas was transported by a specially equipped ambulance to The Evelina Unit at St Thomas’s Hospital, London.

Despite the amazing care that Thomas received he sadly died shortly before New Year’s Eve in his young parents arms and with close family members nearby. This was a very hard time for all the family and they were very grateful for all the Evelina Unit did for little Thomas.

Throughout his short life his parents stayed close by, staying at a nearby Ronald McDonald House Charities housing complex which has been visited by The Duchess Of Cambridge. This little known charity has accommodation blocks near child intensive care units around the world – with the object of taking away some of the stress, by providing parents of seriously ill children, often far from home, with decent and free accommodation for as long as it takes.

Jack and Larissa were so grateful for this help, particularly over the Christmas period, that they wanted to help other parents in a similar situation by supporting this charity. On Sunday 23rd July they, with friends and family support, arranged a golf day at Hintlesham Hall Golf Club at which 81 golfers played. They also held a raffle and a silent auction.

On finally totting up the amount donated and collected they were amazed to find that they had raised £4,500 – not bad for something they had never organised before and well ahead of expectations, which will help many other parents in a similar situation.

Via In Touch they want to sincerely thank all those who helped them with raffle prizes, donations and sponsorship for holes at the golf club during the day. Plans have already started for a bigger, even better golf day next year.

For more information about the Ronald McDonald House Charity, or how to donate, visit: www.rmhc.org.uk/