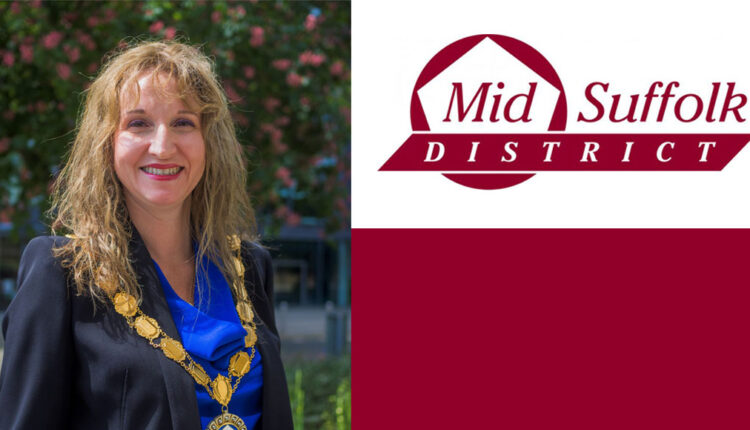 She said, “My extended year as chairman has been both an interesting and a demanding one, particularly with the challenges of the Covid-19 pandemic. I have seen our communities rally together to support each other and go the extra mile. I have been thrilled with the support for the fundraising events I hosted last year. I may not have been able to host as many events as I had hoped, but to have raised over a thousand pounds it a great testimony to the support I received for my year as chairman and more deservedly the hard work of Home-Start.”

Carol Read, the Chair of Trustees at Home-Start Mid and West Suffolk said, “We are delighted with fundraising efforts and donation we have received and want to thank Cllr Hadingham for her support during her year as chairman. Her support has brought in much-needed funds and has also helped us to raise our profile across the district. The work we do is about early intervention support to prevent a situation turning into a crisis, and in these unprecedented times the need to empower parents with young children is even greater.”

Cllr Humphreys who was awarded his Military Division MBE in the Queen’s Birthday Honours List in 2013, was first elected to Mid Suffolk District Council in 2014, representing Chilton Ward. As a member of the council, he has also served as vice-chair of Mid Suffolk’s District Council 2019/20 with his predecessor and served on the council’s Development Control B Committee.

The Stowmarket Dementia Action Alliance charity promotes purpose and hope for individuals and families with dementia, supporting people living with dementia, their care partners, their circle of influence and dementia specialists to create a better world in which to live with dementia.

Cllr Humphreys MBE said, “Stowmarket Dementia Action Alliance do great work in the local community, helping many who suffer with this terrible disease and helping to make Stowmarket a more dementia-friendly community. I have supported them previously and helped fund dementia friendly film events in the local cinema, a huge success that I hope will continue and which I would be delighted to fund.”

Shortlist Announced For The 2020 Innovation Awards

News From The Regal