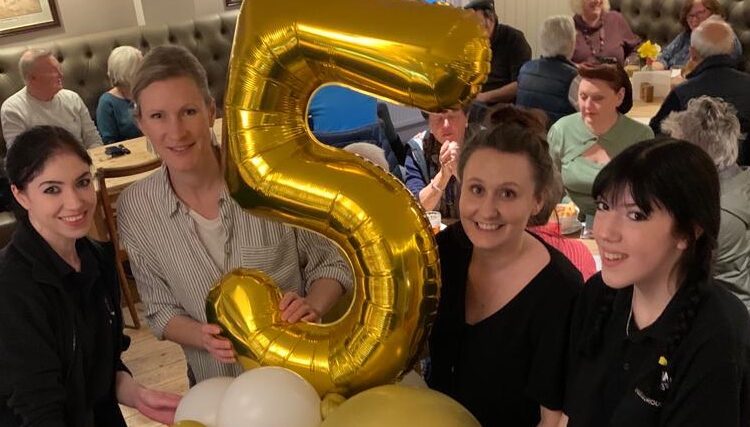 Celebrating 5 years as a community pub

It’s hard to believe that Easter Saturday marks five years since the Duke of Marlborough in Somersham reopened as a community owned pub!

When in autumn 2014 residents in the village of Somersham, 6 miles to the west of Ipswich, were faced with the permanent loss of their only village pub, they took up the cause and set about raising the funds to buy it. Supported by the expert guidance of The Plunkett Foundation, whose purpose is to support such community projects, villagers were determined to stop the 500-year old building becoming a house and being lost as a pub forever.

After a two-year campaign, during which nearly 250 people invested in shares, the pub was finally purchased and the doors reopened on Easter Saturday, 2017.  Under its strapline ‘community owned, professionally run’ the popular pub is now one of 147 community pubs in the UK.

Since that first public meeting in November 2014, the project has had its highs and lows, and the challenges faced over the last two years have certainly been unprecedented! However, with change comes opportunity and the Duke of Marlborough has risen to the challenge, introducing among other initiatives, a popular Saturday breakfast slot and a weekend takeaway menu to diversify their offer.

The fantastic team of staff and the dedicated crew of volunteers led by April and Aaron are rightly proud to have reached this milestone and are excited to be planning for the future – starting, of course, with a fabulous 5th Birthday Party!

Celebrations begin on Good Friday (15 April), with a double happy hour and Seafood Specials, warming up for the main event on Easter Saturday.

The birthday party kicks off at 2pm on Saturday 16 April, after a special volunteers thank you lunch. Friends, supporters and new customers will be able to enjoy a mini-beer and cider festival, two live music sets – from Phil Jackson and Noah Evans – street food, and a finally an evening disco to keep people dancing til the small hours!

Easter Sunday will offer a chance to recover with one of the Duke’s popular Sunday roasts, and on Easter Monday there will be a special lunchtime opening for drinks from 12-3pm; the perfect pit-stop during a reviving walk in the surrounding beautiful countryside.

The Duke team are also running a birthday photo competition on their Facebook page, inviting visitors to share their best pictures of the Duke of Marlborough from the last five years. The winning entry will win a round of drinks at the party, plus selected entries will also form part of a special display being created for the weekend.