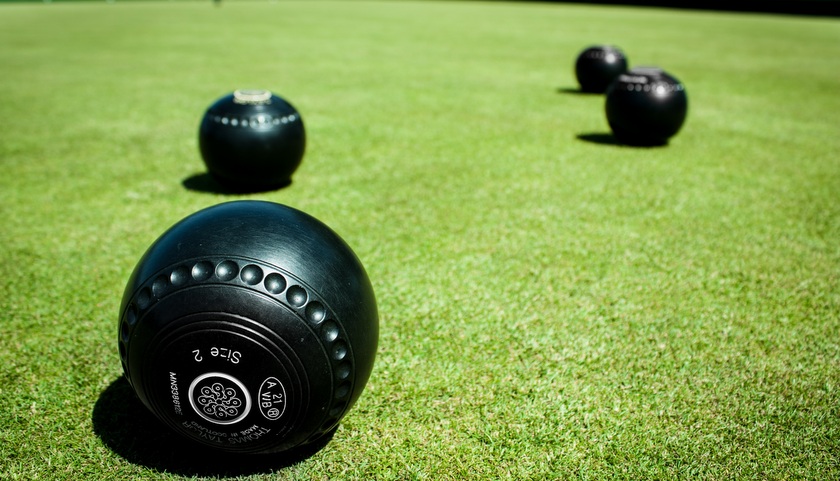 Can it be that the end of the season is approaching? It’s amazing how quickly time has passed since they had their opening drive. On the social front, what a great afternoon they had on Saturday 17th June. Twenty members competed for the Burman Bowl on a hot and sunny day, organised by their President, John Wright. In his opening address John passed on best wishes from Brenda Burman, who now lives away, and whose late husband was a valuable club member.

Players competed in drawn pairs with three woods, over three matches of eight ends each. The eventual winners were Les Rollings and Mark Vertigans and the photo shows the president making the presentation to the winners. The afternoon ended with a lovely tea thanks to the lovely ladies. Proceeds from the day, including a raffle, are to be donated to John’s choice of charity, this year the Alzheimer’s Society.

Yet another great afternoon’s bowling took place on Sunday 25th June, organised by Pam and Malcolm Peers. The weather was kind as the early threat of a shower did not materialise. Members played in pairs with three woods, three games of six ends each, and this shorter format left more time to sample all the cakes made once again by the lovely ladies. The overall winners were Marion McCullum and Pat Scott.

They were delighted that Ian Pulford and Daniel Jenkins from UpStix were able to join them and stay for tea, and the photo shows Ian presenting the shield to the winners. Club funds also benefitted from entry fees and the raffle so all in all another great day.

Your Life In Your Hands