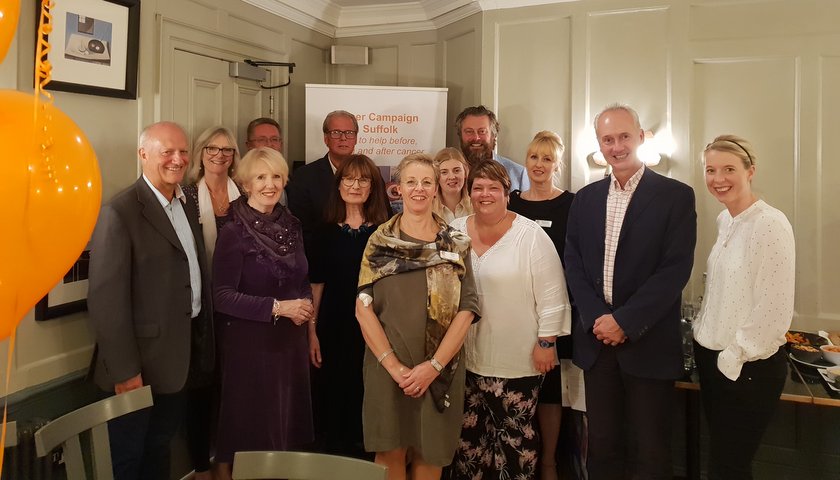 Cancer Campaign in Suffolk has just celebrated its 20-year anniversary of helping the residents of Suffolk before, during and after a cancer diagnosis. The trustees, the team, complementary therapists and counsellors and others joined together at The Crown in Woodbridge to celebrate the milestone and look back on what the charity has accomplished. It was also a special anniversary for Chief Executive Karen Hare who has been working at the charity for 10 years.

Chairman Jonny Ripman spoke about how far the charity has come and thanked everybody who has been involved from the beginning and who is new to the team. He said: “Present highlights are the education project which continues to show the need for prevention work. The pride in reaching so many people, over 30,000 to date from age 4 to 84, is a real achievement.”

“The development of the It’s All About You beauty, wig and wellbeing project has been a step in the right direction. The charity has helped some remarkable women through these workshops, and it makes it an honour to be able to give them a little help at a difficult time in their lives.”

Cancer Campaign in Suffolk is a local independent charity with no affiliation to any national charity or organisation. We welcome donations, legacies and fundraising so that together we can make a difference. All funds raised stay in Suffolk to help the local residents. www.ccisuffolk.org