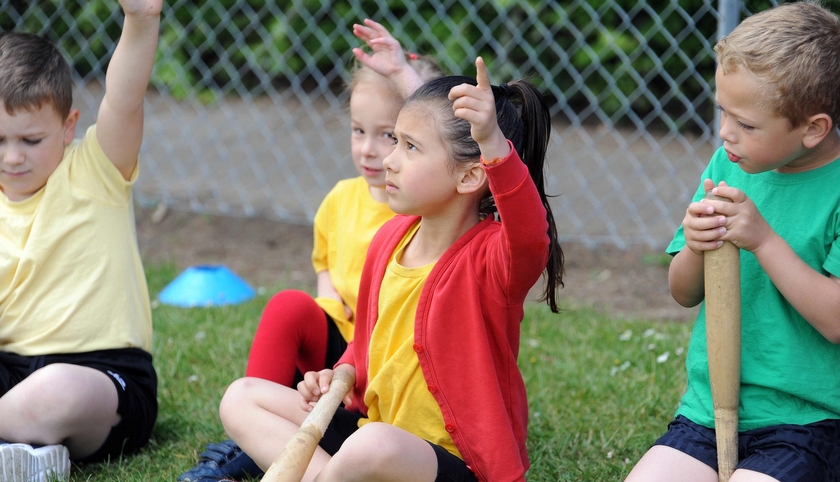 Brooklands is extremely lucky to have so many sporting ambassadors in the school including Marie Hunting who plays netball for Ipswich Storm, experienced marathon runners Pippa Wake and Megan Glazin and a former regional level badminton player in Lily Loveday.

They are also soon to be joined by Brantham team footballer Charlie Goddard and Harry Legg, who is a keen cricketer. Meanwhile Tam Harvey is recovering from her recent, impressive 100 kilometre charity cycle ride. Pretty inspiring stuff, so much so they too have been inspired to take to two wheels, but for now, theirs remain firmly fixed to the floor as they spin frantically at the back of the class hoping to one day make it to the front row with the super fit athletic types!

Megan Glazin has been recognised by the local authority as a key practitioner. This is a significant professional achievement and means that teachers in many more schools will be sign posted to come and learn from Megan’s teaching practice.

Headteacher, Christine Davy, was thrilled to announce that Brooklands has been named as a finalist in the Raising the Bar Award 2017, recognised in the category of Innovator of the Year for their pioneering approach to recruitment and selection. They will be joined by our three new teachers Charlie Goddard, Harry Legg and Rhian Brighton in September.

Brooklands is proud to displaytheir John Muir Award in our entrance. Their Year 5 children also recently received certificates for their environment work at our forest site including learning about coppicing, designing and installing new boundary posts, using pyrography decoration (wood burning) and a range of camp fire techniques.

They will be introducing learning to play a musical instrument in Key Stage 1. Next year, their Year 1 children will learn to play the ocarina. They are pleased to be able to provide all of their children with an ocarina to play and take home to practice learning their tunes.

88% of children in Year 1 achieved the expected standard in the phonics screening check. This is above last years national figure of 81%. Children start learning phonics (the relationships between letters and sounds) in Early Years using the Read Write Inc. programme.