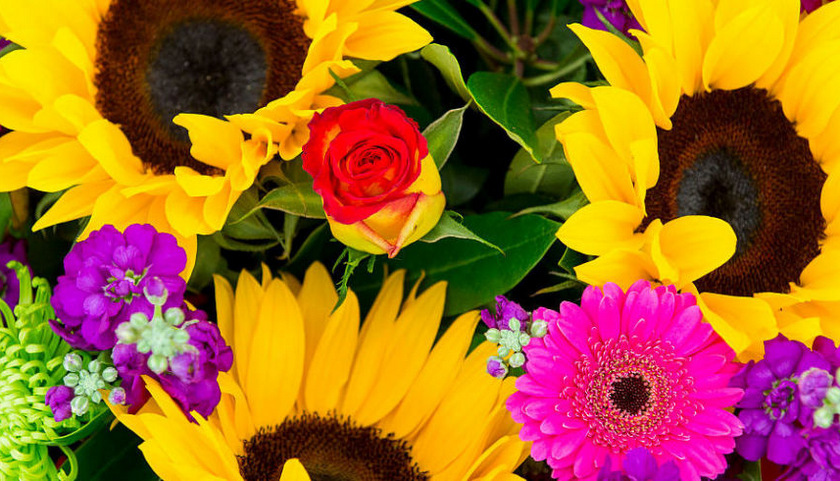 The flower show at Bramford Fun Day, on Saturday 1st July, marked its 40th anniversary and the parish council has made a £30 donation on behalf of the village to show their appreciation for the efforts of the organisers and to hopefully encourage continuation of the annual show – although for another 40 years might take a bit more encouragement.

Maureen Renton has been organising the show all that time, a fact kindly brought to the attention of Bramford Parish Council by a resident, and in honour of her dedicated long service to this well-loved event, chairman Gareth Key presented a new cup in her name.

The flower show is held annually so residents, and anyone else for that matter, are encouraged to start thinking about their entries for next year’s show and who knows, you might be in with a chance of winning the inaugural Maureen Renton Cup.

A Word From Maureen:

“I’d like to say a very big thank you to everybody who put entries in the show and all the people who came in the afternoon to see what talented people we have in the village. Once again the weather had played its part so the vegetables and flowers took a hit, but the rest of the entries made up for it. It is so nice to see an increase in the children’s entries, and also in the cookery section.”

“Once again I thank Brenda for her invaluable help, Nick and June for running a stall for us and Paul and Iain who helped us to clear the hall.”

“I’d also like to thank the parish council for their contribution and the cup. I was pleasantly surprised at the presentation to me as I had no idea it was going to happen. That was a well-kept secret and I have still to decide what I am going to award it for.”