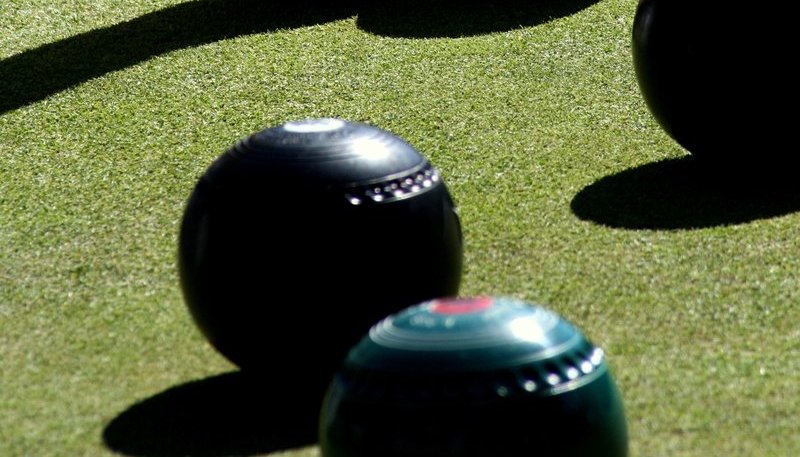 What an achievement – our ladies have won the county double. Having already won the Federation County Ladies Triples title, Jean Taylor, Rachelle Barber and Stella Utteridge played in the final of the BE Ladies Triples on July 29 at the Borough of Eye BC against a triple from that club. It was a keenly fought contest, but our ladies played well and came out county winners. I think this might be a first for the club and perhaps for the county that one set has won titles in both codes. Congratulations to them all. Here we see them accepting the cup for the BE title.

Allen Davey and Mary Saunders got through to the Federation County Senior Mixed Pairs final at Ixworth BC on July 23. They were behind throughout the game, but a spirited come-back resulted in a tie after 21 ends. An extra end had to be played which unfortunately went the way of the opposition!

The club celebrated 40 years this year and to celebrate the event a fancy dress bowls drive was held on August 6. The format for the afternoon was three games of eight ends. The winner was Janet Paternoster who was presented with an engraved cut-glass vase depicting details of the event. The runner-up was Rodney Wedgewood who received an engraved glass.

A spider was held half way through the afternoon and the winners were Callum Bradshaw and Ann Thaine. The winner of the best fancy dress went to Tony Turner who also received an engraved glass – he looked fab! We then retired to the club house for a buffet meal. The bonus of the day was the fact that drinks were all half price. Thanks to Bridget, our keeper of the scores.

Our team in the Stowmarket Knock-out Cup played at Debenham BC on August 4 and after a thrilling finale came out winners by just two shots. They will now play the semi-final on a neutral green on August 18.