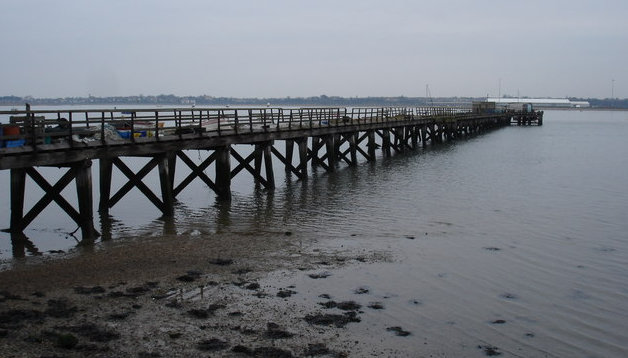 The Co-op’s Power to Change Community Share Booster Programme is prepared to match every pound raised by the Shotley Heritage Charitable Community Benefit Society, known informally as Shotley Pier Group, up to £100,000, and have also awarded them a £5,000 development grant to help put together the share issue.

Put simply it means every £25 community share (or multiples thereof) bought by an investor will be matched by the booster programme up to £100k.

The combined total of £200k would go a long way to achieving the group’s eventual target of £400k to buy, repair and renovate the Victorian pier opposite the Bristol Arms at Shotley Gate.

A community share issue prospective, priced at £25 per share, will be sent out early in the New Year. Meanwhile people interested in owning part of the pier can make a pledge by going online at www.shotleypier.co.uk or by fill in a #PledgePier form which are in the Shipwreck, Shotley Sailing Club, Bristol Arms, The Rose, Manish’s Post Office and Stores, Lasan, Corner Garage and other places on the peninsula.

Considerable interest has already been shown in acquiring the pier from current owner East Anglian Properties and the project is being supported by Babergh District Councillor Derek Davis, who is a founder member, while the district council’s community team has been instrumental in securing funding.

The match shares will be held by Co-operatives UK, a partner in the Community Shares Unit, and will be subject to the same terms and conditions as other Shotley Heritage members, except for its right to withdraw share capital, which will be restricted to a pro-rata amount.

Originally built by the Marquis of Bristol as a home for the ferry between Shotley with Harwich, and to help postal deliveries between Essex and Suffolk, the pier has been used to ferry munitions and take on sailors from the original HMS Ganges training ship.

Plans for the future use of the pier include kiosks on the shore side, fishing opportunities at the far end and a walkway along the pier which will be restored in a Victorian style, looking out over fabulous views up and down the River Stour.

Interest has already been shown with pledges of more than £30,000 already given, with the booster fund making it more than £60,000.