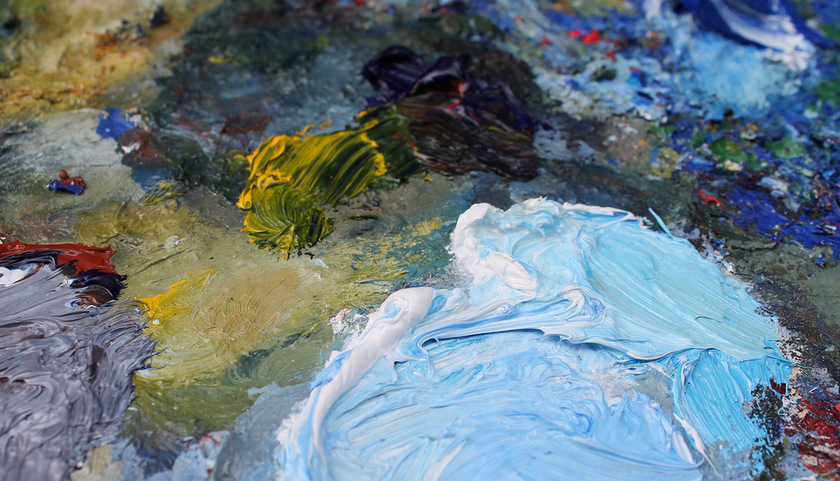 The beautiful interior of Dedham Parish Church provided a splendid setting for Dedham Arts Group’s 50th Anniversary Exhibition held in the last week of October in support of East Anglia’s Children’s Hospices (EACH). From the official opening by the group’s chair, Angella Horner FRSA, to the presentation of prizes by the guest of honour, Lady Ruggles-Brise DL, on the last day, there was a steady stream of visitors and a very special atmosphere.

The whole exhibition was enhanced by the lovely floral displays with a golden theme provided by Helen Sims and her team of florists, each a work of art in themselves.

There was praise for the organisation of the exhibition and the diversity and high standard of artwork on view. Visitors were able to vote for their favourite painting from among those on display by Dedham Arts Group. The winner was Helen Morgans with her delightful painting entitled Sharing a Secret. Runners-up were Jan Corder with On the Water in second place and Pam Rees with The Path to the Beach in third. Helen received a prize and a magnificent trophy presented by Lady Ruggles-Brise.

During the exhibition, representatives from EACH were able to explain the work their charity does to support children with life threatening conditions and their families, at home, in hospital and at their three hospices in Norfolk, Suffolk and Cambridgeshire. The kindness and generosity displayed by visitors to the exhibition resulted in £2,500 being raised for EACH through the sale of artwork and tickets for the prize draw.

Dedham Arts Group is very grateful for the tremendous support they have received from all involved, including representatives of the church, Dedham Primary School and individuals and businesses in Dedham and the surrounding area, all of whom contributed so much to the success of the event. Indeed business was flourishing throughout the week in Dedham as a result of the crowds drawn to the exhibition.

With a rapidly growing membership, the future looks bright for the group, to be re-named Dedham Art Society from January 2018.

The new website for Dedham Art Society is already up and running in preparation for the exciting changeover.