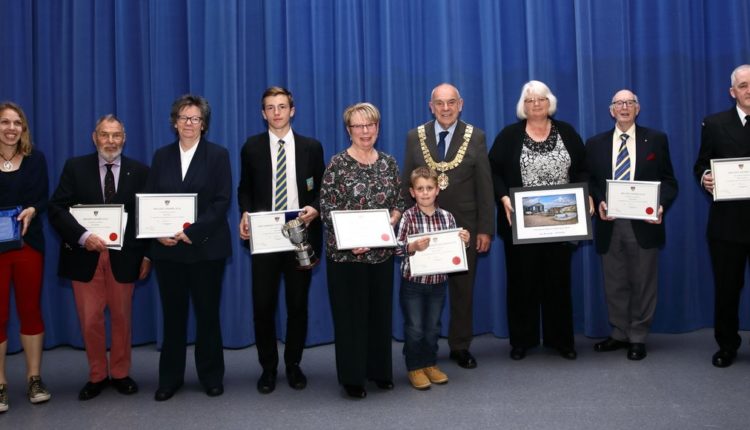 If you would like to honour a local person or organisation that has made a positive difference and special contribution to our community, Felixstowe Town Council would like to hear from you.

Since the Civic Awards scheme began in 2002, we have been privileged to honour more than 100 local individuals and community groups, including last year’s winners pictured here. However, we know that there are hundreds of other unsung heroes out there. We are always delighted by the quantity and quality of the nominations we receive and would love you to let us know who you think should be recognised for their service to our town.

Nominations will be considered in April and the winners will be honoured at our Civic Awards ceremony on Wednesday 13 May at the annual town meeting at Felixstowe Academy.

Awards in the following categories will be presented:

The Mayor of Felixstowe Award: Presented to up to five local individuals for their personal contribution to the community.

Community Organisation Award: Presented to recognise the contribution made to the community by a local organisation.

To make a nomination simply complete and return the downloadable form at: www.felixstowe.gov.uk/civic-awards.

Completed nominations should be returned by March 27 to be eligible for consideration.