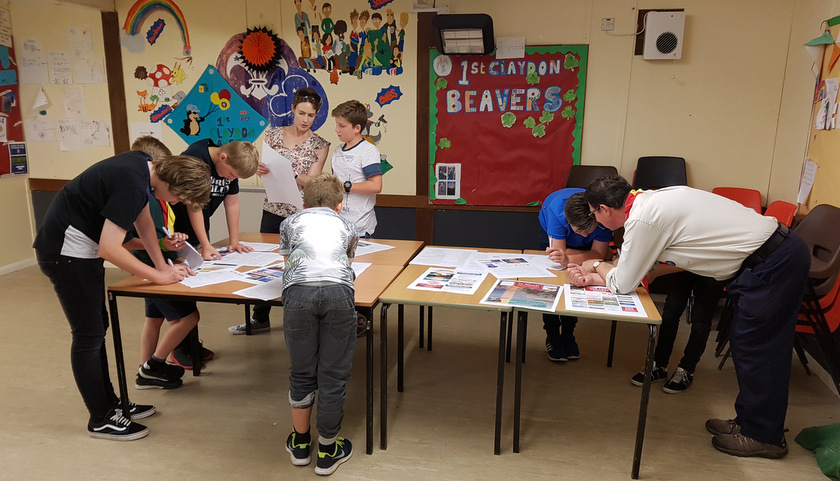 Recently, the Scouts of 1st Claydon were given a talk on how In Touch magazine is compiled. They learned all about printing, editing and designing In Touch. The evening took place at 1st Claydon’s Scout HQ. The Scouts were also set a task to spot deliberate errors on various pages of the magazine such as misplaced adverts, typos and inconsistencies, a role that the editor of the magazine is responsible for checking. They were pleased that Sharon Jenkins, In Touch’s editor came in person to run the evening, to which they were very appreciative.

The Beavers, Cubs and Scouts at 1st Claydon worked to put together publicity and stalls for a fete which was held on Friday 7th July. The event was well attended and included a barbeque, a cake stall and pop and candy floss stalls. There was also the opportunity to throw wet sponges at the leaders and executive, a cash prize draw and a shoot the football competition. The group raised more than £450. Well done to all the girls and boys who put this together and Helen Staff for organising.